As I am currently playing around with oil pressure and oil filters etc, does anybody have any strong views about what currently available engine oil suits the B best ?
When I used them hard everyday, more years ago than I care to think about, I always stuck to Duckhams Q20/50 which served me well for many years and always held pressure well when hot.
However, this does not seem to be available any more (despite a report I saw somewhere that it was going to be re-introduced) so in order to do something quickly to replace the black mess I found in the sump of my latest B, I bought some Wilko Classic 20/50 at a heady £15 !
This has a rating of API SE CC, and has been just fine for the limited use the car gets these days, but perhaps somebody who uses their car properly has found a better rated oil more suitable...without breaking the bank !
Any advice gratefully received.

Hi Paul,
I too I read recently was that Duckhams Q20-50 is to be re-introduced, although it doesn't seem to be widely available at present. Since Q20-50 oils have moved on considerably, and for maximum protection these days you ideally need a high zinc content oil. This used to be the case but as fully synthetic oils came on the market, the need for it reduced and eventually most oil manufacturers stopped adding it all together. However for an old technology engine such as the BMC B series, they really need a mineral oil. Some do have a high zinc content, indicated by ZDDP appearing in the spec box on the can. The zinc will in particular protect the flat face of the cam followers, so a mineral oil with ZDDP is the best oil to use. Some semi-synthetics can be used with good results, I used Millers CTV 20-50 in a Mk1 Mini Cooper S with very good results and no loss of oil pressure even when it boiled the oil on a big climb in the Alps.
Also, see this thread for thoughts on 20-50 oils for the gearbox: http://mgbforum.mgb-register.org/viewto ... ?f=4&t=368.

As ever price is a good indicator of the quality of the oil in the can! The more expensive oils will also contain additives to stop the black sludge in the sump - unless there is an underlying issue with the engine. Believe me when I say that oil is much cheaper than an engine rebuild for an MGB. I'm currently the wrong side of £2,500!
Pete
1969 MGB Roadster
2020 MG HS Exclusive
2007 Mercedes SLK
Plus 34 other cars since 1965
Top

I use Castrol XL20/50 in my MG and Land Rover. Wilko oil is only good enough for the Land Rover's oil bath air filter and I suspect Lidl or Aldi would be cheaper.
I'd never use a cheap oil in either engine.
I buy the Castrol in 20 litre drums from the MGOC.
. Vic Butler.
1977 Stage 2 MGB GT
1975 SWB Series 3 Land Rover with a later 2.5 petrol engine
Top

I also use Castrol XL 20-50, bought in 20 litre drums from Opie Oils. They charge £84.95 for 20 litres with free UK delivery. A big reliable company in my experience. 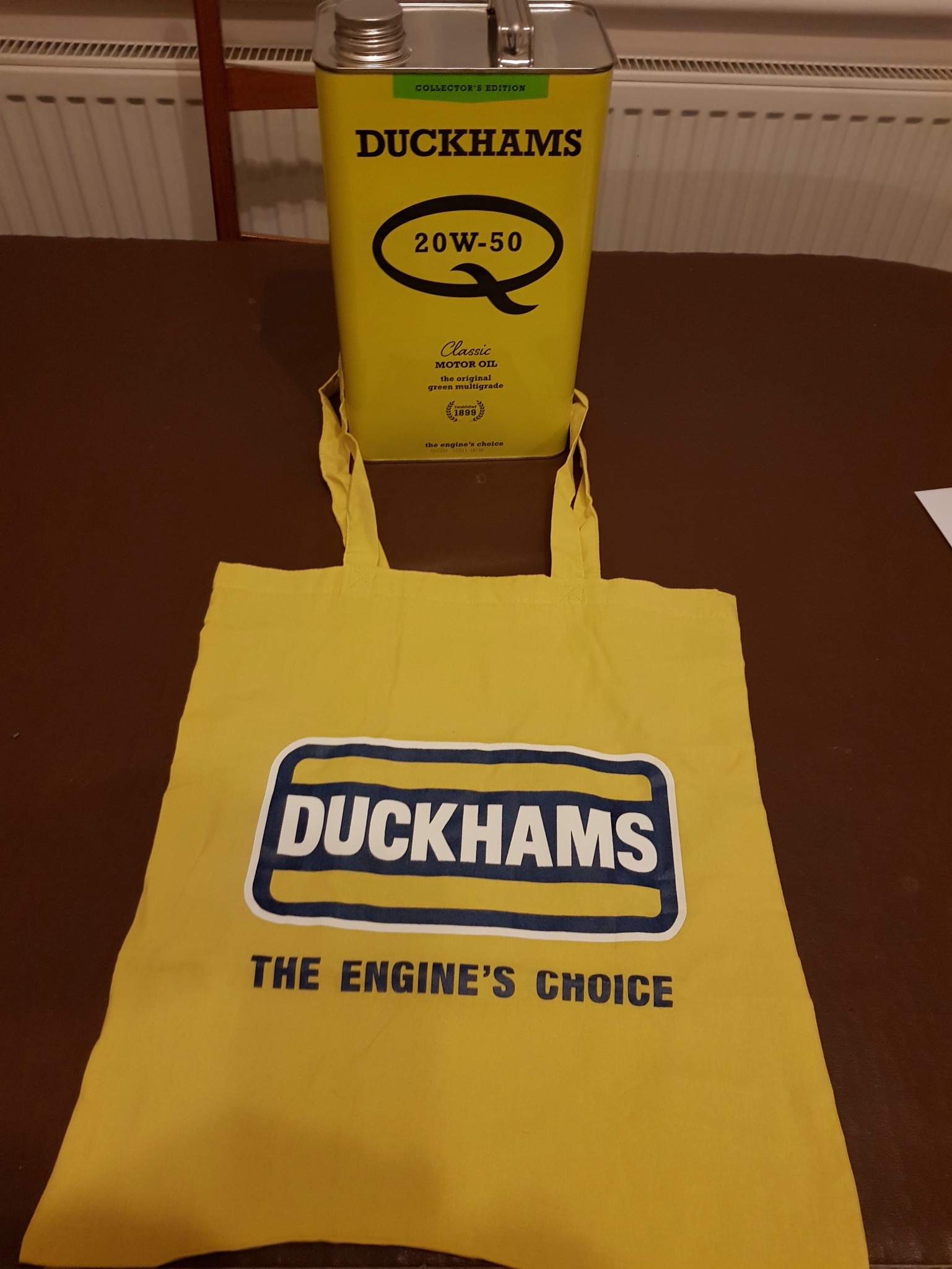 Thanks gentlemen...all most helpful and food for thought. So you CAN get Duckhams then !

Will certainly keep my Wilko oil for my Series 3 Landrover air cleaner too.....not that I can ever remember oiling it, poor thing.

Quite agree that I should really be using something rather better in the B......and also in the TA, which has the added complication (oil-wise) of a wet cork clutch .

I've been using Morris's golden film 20W50 of late (made in Shrewsbury). Its about £28 for 5 litres officially, but a friend of mine has found a source at £11( I think it was an agricultural supplier in Shropshire). I couldn't see anything on the container saying it contains ZDDP so I asked their technical department. The reply was 'it contains everything your classic MGB needs'. All as I can say is it holds good oil pressure even when hot. CAM and follower wear is the critical factor as other contributors have said. Morris's has been around a long time and did feature in the review of classic oils recently in Safety Fast, although no information was presented to its effectiveness. Has anyone else experience of this oil. STP is quite cheap in Halfords so I bunged half a pint of that in to be on the safe side. That does contain ZDDP.
I would be tempted to go back to Duckhams Q20-50 as I have had good experience in the past, however I think it would be pricey. I remember when it was £6 a tin.
1971 MGB roadster & 2006 MGTF
Top