Having not driven from June 2016 - Feb 2020, I find the hiss of the gearstick much more intrusive than I used to! When refitting it I installed the correct damper (which was missing) but that doesn't seem to have made any difference.

Today (during a lovely run over the Blackdown Hills - the B3170 down to Taunton is highly recommended), I removed the gear knob when it was safe to do so and the hiss was gone.

So can anyone recommend a 1973 style knob that stays quiet? The type is as shown in the photo. 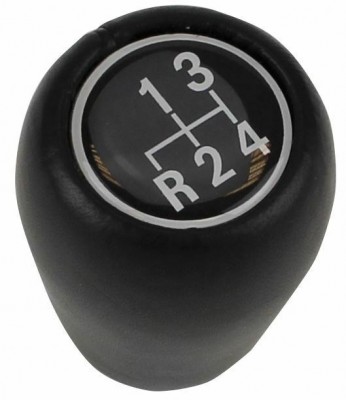 The gear knob would appear to be acting as an amplifier for the hiss. I don't know if PTF tape wrapped round the gearstick thread would help.
1977 Stage 2 MGB GT
1975 SWB Series 3 Land Rover with a later 2.5 petrol engine
Top

All MGB gearboxes have this hiss, even when new. I suspect you need to change the nylon cup that snaps onto the ball at the bottom end of the stick.
Probably gone hard and split. Easily replaced from inside the car. Hope this helps
JohnH
Top

Hi Tom,
Lots of BMC gearboxes seem to do this. The answer on early Mini Coopers was to put a length of rubber hose over the gearlever and this seemed to damp out the vibrations. The Competitions department did this as a standard part of preparing the cars for rallies.
Since the hiss stopped when you removed the gear knob, you could try a lighter one such as the ball type from the Mk2 cars up to 1972.
I'm not sure what you mean by 'replacing the damper which was missing'. Can you elaborate a little?
Pete
1969 MGB Roadster
2011 MG 6 TSE Magnette
2007 Mercedes SLK
Plus 32 other cars since 1965
Top
Post Reply
5 posts • Page 1 of 1