I have just fitted new wire wheels to my car.
This involved new hubs of course for the splines so the opportunity was taken to fit new front discs and pads - the callipers are are only about three years old.
The discs fitted were the grooved and drilled discs and EBC pads kit from the MGOC - it came my way new (legally) but its along story.
The dust from the pads is far worse than that from the previous standard pad and disc set up and far worse, the brakes squeal when used. The pads were supplied with a stick on anti squeal pad - useless the pistons went through that in 20 miles so I just have a copper ease on the pads. Same squeal.
The EBC website says the squeal will disappear in 300 to 500miles.
Is there a better solution ie junk the rubbish EBC pads?
George Wilder
1965 MG MGB Mk1
1995 MG RV8
2005 MG TF 135
1959 BSA D7 Bantam
Top

Hi George,
This is a problem that has been highlighted before. See http://mgbforum.mgb-register.org/viewto ... ?f=4&t=168
I use EBC Green Stuff pads in my B Roadster (and previously in my Mini Cooper) without any of the problems reported but I do use solid discs rather than drilled/grooved ones and without the anti-squeal shims. They are also V8 pads which I fitted to get the greater pad area which is around 12%. The Cooper used to squeal sometimes when they were very hot (downhill hairpins in the Alps). On both cars they produced less dust than other semi competition pads and worked well straight out of the box, but seem to work better with a little bit of heat in them!
Pete
1969 MGB Roadster
2020 MG HS Exclusive
2007 Mercedes SLK
Plus 34 other cars since 1965
Top

I had this problem with standard EBC pads & EBC solid discs I fitted, nothing fancy. The squealing was excruciatingly loud, and never got any backing shims with them, even when I bought some shims, put them on and used copperslip they were bad, and EBC were unhelpful.
My next-door neighbour an AA patrolman heard the noise when I was just rolling the car down the drive and said, that's due to hard pad. So I junked the pads and fitted some TRW GDB331 pads, from the local MG shop which come with shims already fitted, but put some copperslip on as well. Another £17 up my shirt!
They still squeal when warmed up but not half as bad as the EBC pads which would make the racket virtually from cold. I can just about put up with it now.. There appears to be no movement of the pads in the calipers which are fairly recent. So have given up with it for now, at least the brakes work fine and the steering wheel shake has been eliminated....
Last edited by Dave Linkson on Thu May 27, 2021 10:39 am, edited 1 time in total.
Top

I had the same problem as David. the callipers were nearly new. After 3 sets of discs and various pads with/without backing the squeal persisted.
The last thing I tried was a reconditioned set of Lockheed callipers and that has cured the problem. I suspect my old callipers were made in China.
Top

I ordered a set of drilled discs and Greenstuff pads from the MGOC recently and was advised the Greenstuff pads were not suitable for occasional driving as the pads would glaze so I had the standard Mintex pads. However I have driven only 4 miles since they were fitted so I don't know if squealing will occur. The pads have an anti squeal backing
. Vic Butler
1977 Stage 2 MGB GT
1975 SWB Series 3 Land Rover with a later 2.5 petrol engine
Top

Since my reply above I have fitted new calipers and Mintex M1144 pads, but still with the standard discs. Whereas the EBC Greenstuff pads didn't squeal and didn't produce much dust, I thought the M1144 pads would give better 'bite' - which they do, but the squeal is deafening! and they blacken the front wheels in 10 miles or so. On Holiday in France last year people were covering their ears, as the squeal is so loud and high pitched! I don't use anti squeal shims though.
Also the new calipers I fitted - not reconditioned ones - seem to have dust seals that are too strong and they retract the piston in between brake applications, giving inconsistent pedal travel. If I put a smear of white grease on the piston they stop doing it for about 1,500 miles. It is slowly getting better though!
Pete
1969 MGB Roadster
2020 MG HS Exclusive
2007 Mercedes SLK
Plus 34 other cars since 1965
Top

Like a lot MGB owners I also suffered from severe brake squeal, after trying a number of methods to try to stop this, including different makes of pads, different makes of discs, I finally managed to cure it by fitting some anti squeal shims from a Peugeot 806/Expert, since I fitted these I have had no problem with noise, as soon as I had fitted these shims we took the car to Switzerland and Austria and spent 3 weeks driving in the mountains, and had no brake squeal what so ever, and that was a few years ago, and many thousands of miles, and to this day still no brake squeal. 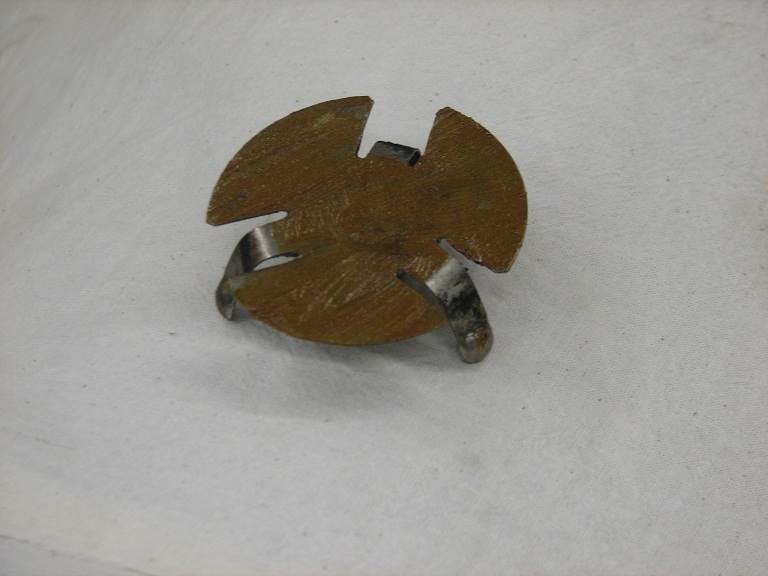 Andrew, that's interesting to know..
I have at the moment shims that are cut from thin sheet aluminium which my good neighbour AA patrolman recommended as they cured the squeal on his daughters BGT, but it hasn't eradicated the noise fully on mine but remains an improvement over the noise it was and can now live with it, anyway, the wife wears earplugs (phones) but think it's not to hear me cussing either..

Regarding George's original post in which he complains about the brake dust, this could be exacerbated by the drilled and grooved discs. Apparently (or so I read) all those edges caused by the holes and grooves cause a cutting type of action on the pad which would cause more dust, and the pad will wear faster as a result.

My twopennyworth is that I think drilled and grooved discs are a waste of money on an ordinary road car. Brake fade is not an issue with a standard MGB disc brake unless you are into serious competition - it is a huge brake disc for a car of that weight. My Triumph Dolomite has tiny discs compared to the B. It is also mentioned by some folk that drilled discs can be the cause of cracking starting at the drilled hole, and that the grooves quickly get brake residue,rust and road muck in them rendering them ineffective.

I don't know as I have never bought a set, but these are the sorts of things people who have tried them say. I've not found anyone who thought they actually improved the car's braking. From my point of view the only benefit is for appearance when new.

Sorry to be a killjoy.

Incidentally my BGT V8 conversion has large ventilated discs from (I think) a Peugeot 504 on the front (not drilled or grooved) with 4-pot calipers and 15" wheels - they are part of the Hoyle suspension set up. I am using Mintex 1144 pads which work fine, but can squeek a little under light braking, but it isn't bad enough to upset anyone.
Mike
1969 MGB GTV8 3.9 Conversion, 1977 Triumph Dolomite 1850HL, 1971 MGB roadster undergoing restoration.
Top
Post Reply
9 posts • Page 1 of 1