I know it well! In fact here is a picture of my MGB taken at the top of Bwlch-y-Groes on the MG CC Midland Centre Welsh Rallye in 2017. Weather was not too good at the time. The picture was taken by Martin Price Midland Centre Chairman.
It is actually quite a way from where I live, but well worth a visit.
[attachment=0]Cresswell.JPG[/attachment] 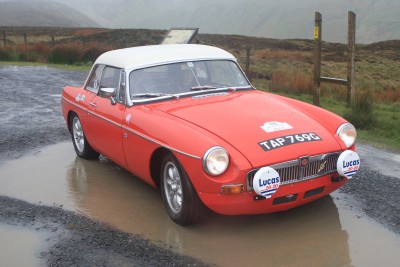 Snap Peter,
My understanding is that Bwlch Y Groes also known as Hellfire pass was used by Rover in the 1920's to test durability. I've also heard it called gearbox hill. There are supposed to be fairies up there. The MGB is before my time at Longbridge so I don't know if it was ever tested there. In the early 1950 the 'proper' competitive Welsh rallies often contained a special test with a timed run up the hill. We re-enacted this on the 2010 Welsh Rallye just for fun of course. The attached piccie shows a car that did it for real in the early fifties. (Please ignore the fat Marshall). My profile picture was taken at the top also in 2010. A DVD is available of those early rallies introduced by the late great Bill Wallis.
There are still 4 single rooms available for this Years rallye in Llangollen next weekend. (2 singles for the same price as a double, plus a bottle of wine each). All inclusive weekend package (excluding drinks) plus 160 mile touring run on Saturday taking in the North Wales Coast and Snowdonia. Please contact Roger King (0121 476 6649) if you are interested. 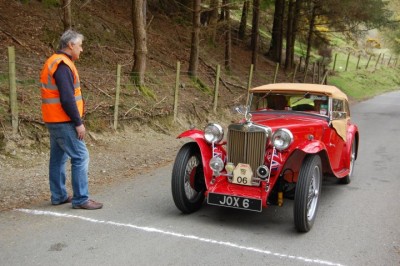 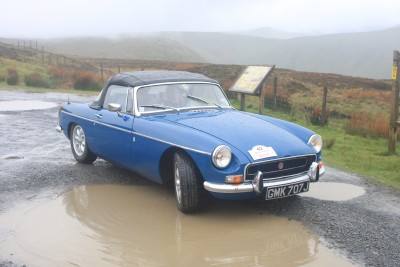